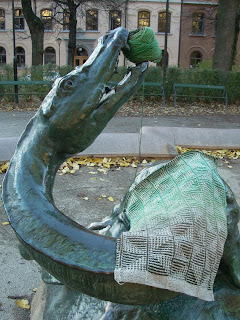 I love the colourchanges in the rice fields pattern - what a great mix of yarn and pattern.

Really love that color combination. I love the shading and angles in the rice fields pattern. So calm yet energetic at the same time.