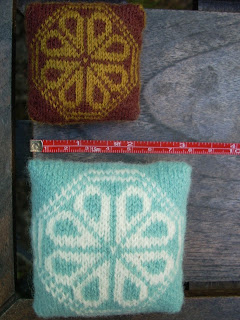 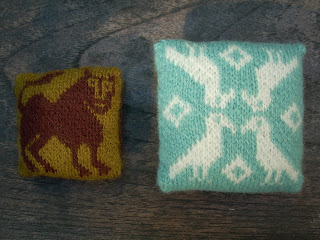 Your road trip sounds like fun. Especially when you are with friends and the driving is shared. I love those mini cushions. Enjoy the visit with your mom.
Ron

These are delightful. I'll have to look up twined knitting to learn more about it.